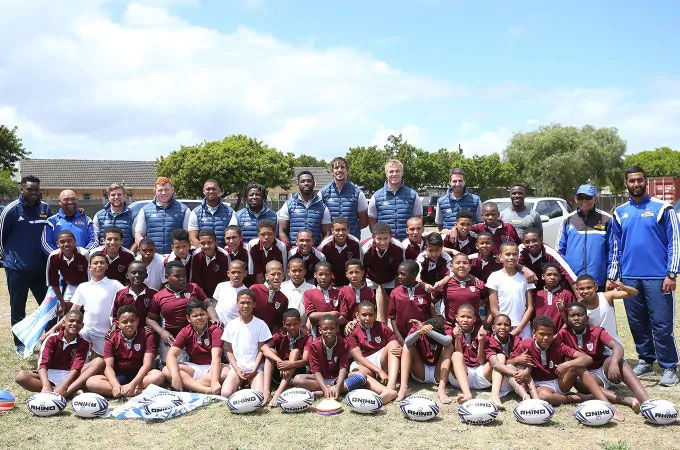 Amid roars and squeals of delight, Eben Etzebeth, Siya Kolisi, Pieter-Steph du Toit, Steven Kitshoff, Scarra Ntubeni, Jean-Luc du Plessis and Leolin Zas as well as international referee and Land Rover Ambassador Craig Joubert, proceeded down the aisle through a sea of blue and white flags to take centre stage at the assembly.

Principal Mr Josephus welcomed the players who introduced themselves to deafening applause, as the learners’ idols took to the microphone. The interaction with the players and all present at the assembly left everyone with plenty of food for thought. This was followed by the rugby heroes handing out certificates to the under 11 and 13 teams who all took turns shaking the players hands. The learners were visibly brimming with pride and had a special twinkle in their eyes. 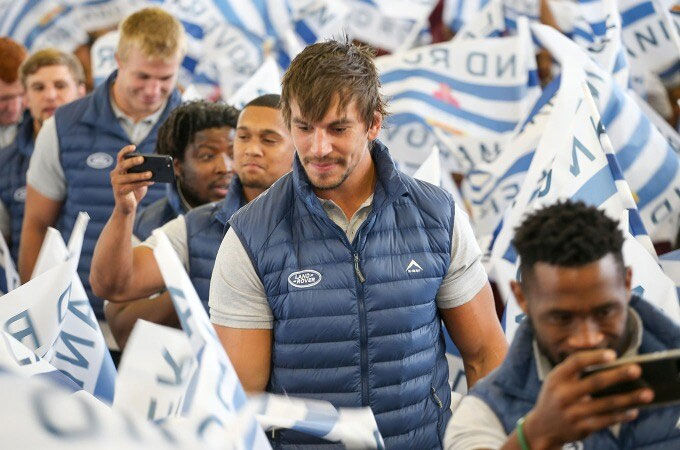 Jean-Luc du Plessis: Where did it all start for you?

“It all started at a young age, as with most of you here. I remember playing rugby with my father and friends in the back yard.”

Siya Kolisi: What message do you have for all these youngsters?

“Work hard and always keep doing your best. Don’t let anyone tell you that you can’t do anything. You can do whatever you want, no matter what your background or situation, you can always make it in life. If you believe in your dreams you must protect them and do everything you can to achieve them.”

Eben Etzebeth: Explain to these players what they can do to become a high-profile player like yourself?

“We all start from nowhere and it takes hard work and dedication to be where you want to be. Take Siya for example, he didn’t have the best upbringing but he has inspired a lot of people to be great and in the end its not where you come from, but where you end up one day.” 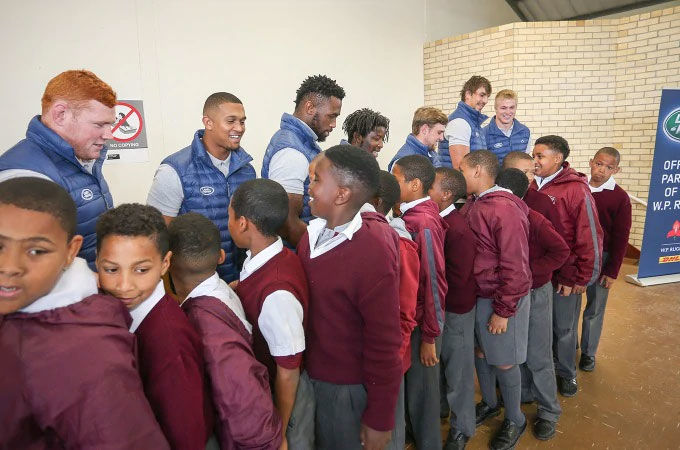 The special assembly was followed by a Rugby Goes Rural clinic for 40 of the under 11 and 13 rugby squads. These young players joined their idols out on the school’s rugby field for a training camp where the professional players taught them various manoeuvres. They also participated in demonstrations on key abilities such as line outs, tackling and scrumming.

Referee Talent Development Coach at World Rugby Craig Joubert, held a special session with teachers and coaches at the school on the rules of rugby. He provided them with essential advice on coaching young children and how to get the best out of them, on and off the field. He also spent some time out on the field with the rugby squads explaining the rules of rugby to them in a way that resonated with the young players. To make a difference in other peoples’ lives is something which Craig has dedicated himself to.

After the morning’s sporting activities, the rugby learners were treated to a healthy lunch and were each handed a Hope Crosses Any Terrain backpack by Joubert. The backpacks were filled with school supplies, Land Rover story books, and other items that will improve the quality of life for the learners. 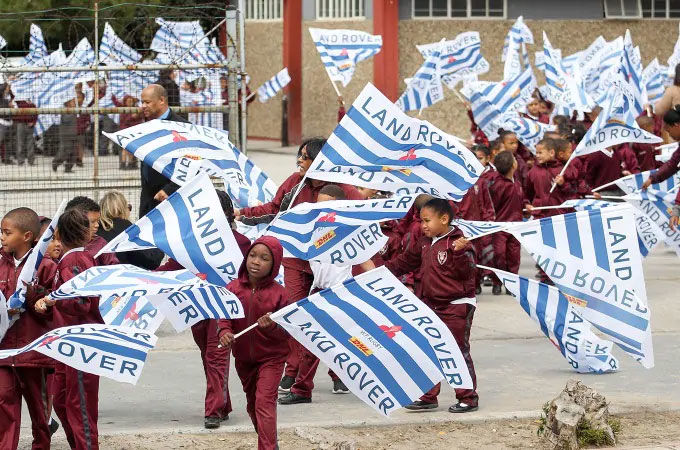 “Rugby Goes Rural with Land Rover is an active campaign aimed at bringing the rugby learnings of the DHL Stormers and Springbok players directly to communities at grassroots level, enabling them to share their knowledge with communities and young players who don’t necessarily have access to this kind of interaction nor their local heroes.“

"It is Land Rover’s way of giving back to communities where Brand Ambassadors share skills they have learnt throughout the years which includes sporting and rugby prowess as well as educational and life skills.”

Belvue Primary School is steeped in rugby culture, and is directly linked to the Western Province Rugby Union, which supports schools within the area on a regular basis. The principal, Mr Josephus, is an avid fan of the game and coach. 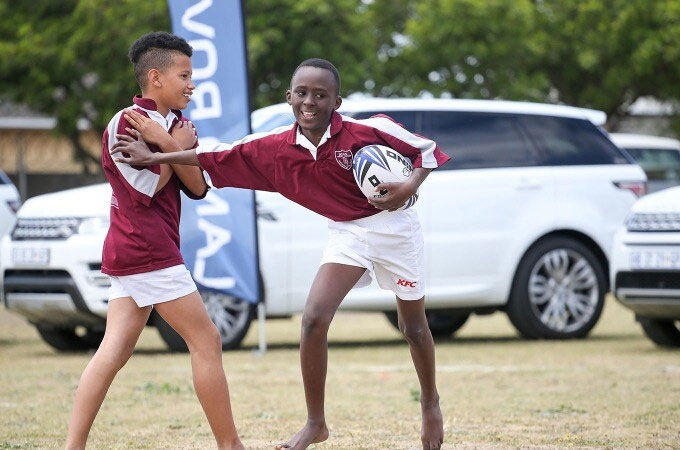 “For me it’s not about how many boys become professional players. It’s about employing the principles they learnt on the field today and living a life they can be proud of. With initiative such as Rugby Goes Rural with Land Rover, we are able to keep our kids off the streets and on the fields, playing, growing and becoming productive members of society. Land Rover came onboard and assisted us tremendously letting them realise that they can dream bigger than their immediate surroundings. I am really happy they could do this activation today.”